The European Day of Languages (EDL) was first celebrated in 2001 during the European Year of Languages. At the end of this campaign the Council of Europe's Committee of Ministers decided to make EDL an annual event, to be celebrated each 26 September. Every year, millions of people in the Council's member states and elsewhere organise or take part in activities to promote linguistic diversity and the ability to speak other languages.

The general aim is to draw attention to Europe's rich linguistic and cultural diversity, which has to be encouraged and maintained, but also to extend the range of languages that people learn throughout their lives in order to develop their plurilingual skills and reinforce intercultural understanding. EDL is an opportunity to celebrate all of Europe's languages, including those that are less widely spoken and the languages of migrants.

AISV language teachers offered a variety of activities to students in relation to this special day throughout the whole past week. One of the valuable projects done my the middle school students was a list of idiomatic expressions in different languages illustrated with the pictures created by the students. Another project was to have AISV song translated in different languages (French, German, Russian and Lithuanian) which was sung on Thursday, September 26th, by high school students. The same afternoon featured different songs in different languages taught at AISV by students and a nice surprise of the language teachers who sang a song in English. This special afternoon ended up with a festive cake celebration and socialising. 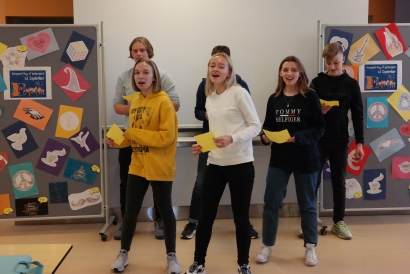 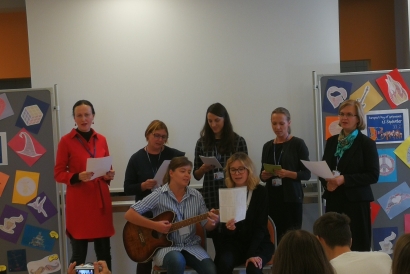 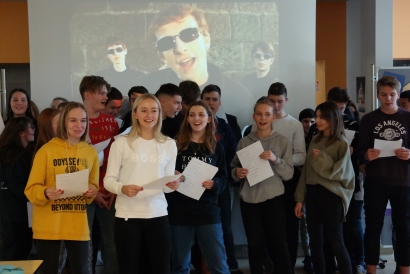 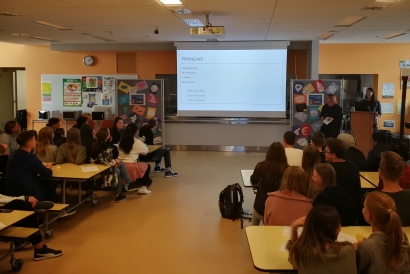 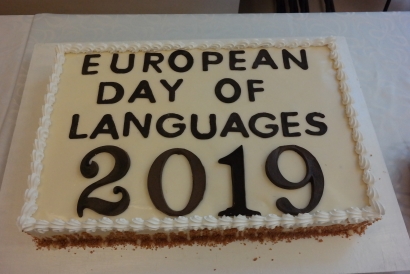 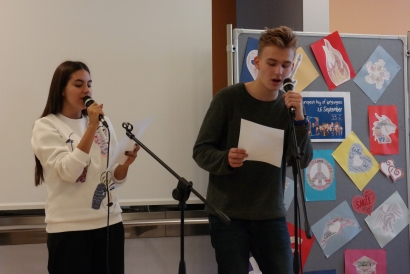 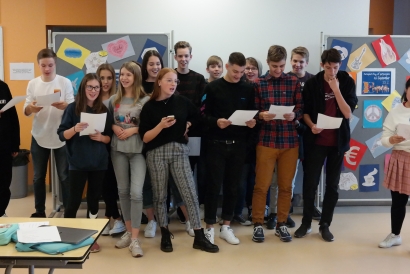 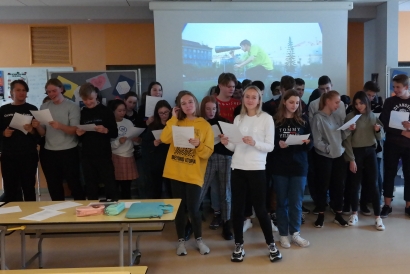 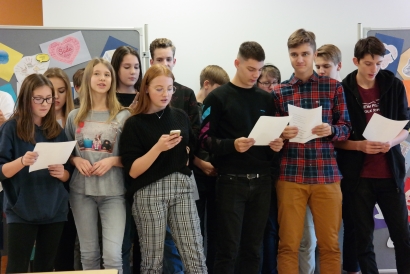 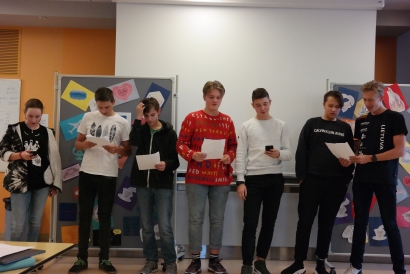